In order to tackle the pandemic, governments have established various types of advisory boards to provide evidence and recommendations to policy makers. Scientists working on these boards have faced many challenges, including working under significant time constraints to produce ‘evidence’ as quickly as possible. However, their voices are still largely missing in the discussion. This study explores the views and experiences of scientists working on government advisory boards during the COVID-19 pandemic, with the aim to learn lessons for future pandemic management and preparedness.

We conducted online video or telephone semi-structured interviews between December 2020 and April 2021 with 21 scientists with an official government advisory role during the COVID-19 pandemic in Belgium, the Netherlands, UK, Sweden and Germany. The interviews were audio-recorded and transcribed and analysed using a combination of inductive and deductive thematic analysis techniques.

Scientists viewed the initial focus on biomedically oriented work during the pandemic as somewhat one-dimensional, but also highlighted difficulties of working in an interdisciplinary way. They found it difficult at times to ensure that the evidence is understood and taken on board by governments. They found themselves taking on new roles, the boundaries of which were not clearly defined. Consequently, they were often perceived and treated as a public figure.

Scientists working on advisory boards in European countries faced similar challenges, highlighting key lessons to be learnt. Future pandemic preparedness efforts should focus on building interdisciplinary collaboration through development of scientists’ skills and appropriate infrastructure; ensuring transparency in how boards operate; defining and protecting the boundaries of the scientific advisor role; and supporting scientists to inform the public in the fight against disinformation, while dealing with potential hostile reactions.

Following the science? Views from scientists on government advisory boards during the COVID-19 pandemic: a qualitative interview study in five European countries

Heterogeneity in subnational mortality in the context of the COVID-19 pandemic: the case of Belgian districts in 2020 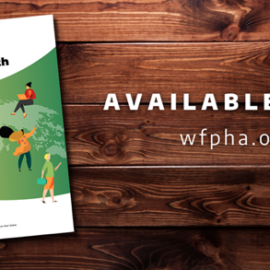 Casebook on Advocacy in Public Health