Data was collected through real, large-scale testing developed at the University of Liège, Belgium, during the period Sept. 28th-Oct. 29th 2020. The screening, offered to students and staff (n = 30,000), began 2 weeks after the re-opening of the campus but had to be halted after 5 weeks due to an imposed general lockdown. The data was then used to feed a two-population model (University + surrounding environment) implementing a generalized susceptible-exposed-infected-removed compartmental modeling framework.

The considered two-population model was sufficiently versatile to capture the known dynamics of the pandemic. The reproduction number was estimated to be significantly larger on campus than in the urban population, with a net difference of 0.5 in the most severe conditions. The low adhesion rate for screening (22.6% on average) and the large reproduction number meant the pandemic could not be contained. However, the weekly screening could have prevented 1393 cases (i.e. 4.6% of the university population; 95% CI: 4.4–4.8%) compared to a modeled situation without testing.

In a real life setting in a University campus, periodic screening could contribute to limiting the SARS-CoV-2 pandemic cycle but is highly dependent on its environment.

Read the full article in Archives of Public Health. 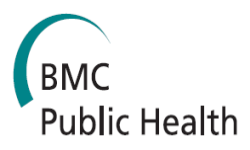 COVID-19 cases, hospitalizations and deaths in Belgian nursing homes: results of a surveillance conducted between April and December 2020