We report an outbreak investigation of two fatal cases of autochthonous Plasmodium falciparum malaria that occurred in Belgium in September 2020. Various hypotheses of the potential source of infection were investigated. The most likely route of transmission was through an infectious exotic Anopheles mosquito that was imported via the international airport of Brussels or the military airport Melsbroek and infected the cases who lived at 5 km from the airports. Based on genomic analysis of the parasites collected from the two cases, the most likely origin of the Plasmodium was Gabon or Cameroon. Further, the parasites collected from the two Belgian patients were identical by descent, which supports the assumption that the two infections originated from the bite of the same mosquito, during interrupted feeding. Although airport malaria remains a rare event, it has significant implications, particularly for the patient, as delayed or missed diagnosis of the cause of illness often results in complications and mortality. Therefore, to prevent such severe or fatal outcomes, we suggest a number of public health actions including increased awareness among health practitioners, especially those working in the vicinity of airports, and increased surveillance of exotic mosquito species at airports. 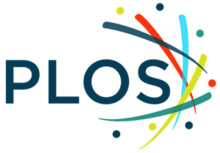 Attitudes of healthcare workers towards COVID-19 vaccination: a survey in France and French-speaking parts of Belgium and Canada, 2020