Non-communicable diseases (NCDs) accounted for over 90% of all deaths in the Cypriot population, in 2018. However, a detailed and comprehensive overview of the impact of NCDs on population health of Cyprus over the period of 1990 to 2017, expressed in disability-adjusted life years (DALYs), is currently not available. Knowledge about the drivers of changes in NCD DALYs over time is paramount to identify priorities for the prevention of NCDs in Cyprus and guide evidence-based decision making. The objectives of this paper were to: 1) assess the burden of NCDs in terms of years of life lost (YLLs), years lived with disability (YLDs), and DALYs in Cyprus in 2017, and 2) identify changes in the burden of NCDs in Cyprus over the 28-year period and assess the main drivers of these changes.

We performed a secondary database descriptive study using the Global Burden of Disease (GBD) 2017 results on NCDs for Cyprus from 1990 to 2017. We calculated the percentage change of age-standardized DALY rates between 1990 and 2017 and decomposed these time trends to assess the causes of death and disability that were the main drivers of change.

In Cyprus in 2017, 83% (15,129 DALYs per 100,000; 12,809 to 17,707 95%UI) of total DALYs were due to NCDs. The major contributors to NCD DALYs were cardiovascular diseases (16.5%), neoplasms (16.3%), and musculoskeletal disorders (15.6%). Between 1990 and 2017, age-standardized NCD DALY rates decreased by 23%. For both males and females, the largest decreases in DALY rates were observed in ischemic heart disease and stroke. For Cypriot males, the largest increases in DALY rates were observed for pancreatic cancer, drug use disorders, and acne vulgaris, whereas for Cypriot females these were for acne vulgaris, psoriasis and eating disorders.

Despite a decrease in the burden of NCDs over the period from 1990 to 2017, NCDs are still a major public health challenge. Implementation of interventions and early detection screening programmes of modifiable NCD risk factors are needed to reduce occurrence and exacerbation of leading causes of NCDs in the Cypriot population.

Read the full article in Archives of Public Health.

Burden of non-communicable diseases in Cyprus, 1990–2017: findings from the Global Burden of Disease 2017 study 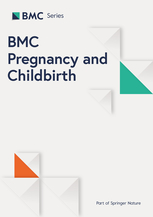 Experiences, views and needs of first-time fathers in pregnancy-related care: a qualitative study in south-East Nigeria