Seasonal influenza-like illness (ILI) affects millions of people yearly. Severe acute respiratory infections (SARI), mainly influenza, are a leading cause of hospitalisation and mortality. Increasing evidence indicates that non-influenza respiratory viruses (NIRV) also contribute to the burden of SARI. In Belgium, SARI surveillance by a network of sentinel hospitals has been ongoing since 2011.Aim

We report the results of using in-house multiplex qPCR for the detection of a flexible panel of viruses in respiratory ILI and SARI samples and the estimated incidence rates of SARI associated with each virus.

One third of the SARI cases were positive for NIRV, reaching 49.4% among children younger than 15 years. In children younger than 5 years, incidence rates of NIRV-associated SARI were twice that of influenza (103.5 vs 57.6/100,000 person-months); co-infections with several NIRV, respiratory syncytial viruses, human metapneumoviruses and picornaviruses contributed most (33.1, 13.6, 15.8 and 18.2/100,000 person-months, respectively).

Early testing for NIRV could be beneficial to clinical management of SARI patients, especially in children younger than 5 years, for whom the burden of NIRV-associated disease exceeds that of influenza.

Burden of non-communicable disease studies in Europe: a systematic review of data sources and methodological choices

One year of laboratory-based COVID-19 surveillance system in Belgium: main indicators and performance of the laboratories (March 2020–21) 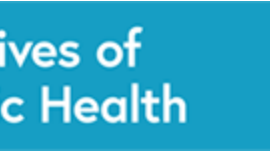